I’m a huge fan of Europe’s FREE WALKING TOURS, and in Granada, Spain,
I found one of the best companies that do this.

Nothing went as expected yesterday.

I made the trek back into town to talk to the Seyðisfjörður tourist info booth guys about walking on the footpath across the mountain to the east, as I was planning, and they tilted their head and said… ehhh… it probably wasn’t a good idea, all of that area is still snowed over, and the snow that is there is melting, and making the ground very soggy.

At the time I was feeling quite adventurous and determined and I thought to myself, I CAN STILL DO IT!! But luckily my common sense ruled out and I ended up walking the 30 km road, westward over the mountains to the town of Egilsstaðir.

As I began to set off, two new friends from Montreal that had driven into town the day before offered to drive me over the mountain and tried to persuade me to get into the car by illustrating with their hands a steep 45-degree angle that I would be walking up. But I needed to get the first few painful days over with.. and after that, it will all be a bit easier.

So I started walking, knowing that my backpack was much heavier than it has ever been in years past trekking, because of the number of maps and travel books I have been acquiring over the past few months throughout Eastern Europe and Denmark.

The road was intensely steep, and after the first 45 minutes, every single step became its own singular accomplishment. In especially steep areas of the road, I needed to stop after every 10 or so steps, take a deep breath, and then just keep going.

To GREATLY complicate matters, there happened to be intensely, breathtaking waterfalls, less than 1km from each other, coming down on both sides of the road. Reach these waterfalls, I would have to climb down the hill on a steep gravel path, and then walk through the fields or rocks to reach the water. When I was done taking photos, it was an additional uphill climb on the gravel rocks, and then I would continue my journey. These waterfalls were so beautiful, I wouldn’t have forgiven myself to have just passed them by.

For the next 6 hours, I was walking this steep uphill climb, from the base of the fjord, all the way up into the still frozen mountaintop. I could still hear the water rushing by, but it was running under the still thick blanket of snow. I had started the trek in my t-shirt but I now had to add several layers and put on my gloves.. and the intense sun on the snow all around me gave my face a mild sunburn, so I tried to keep my eyes on the pavement at my feet or else risk having the sun’s reflection off the snow burn my eyes.

It felt only mildly gratifying to reach the top of the mountain, I could see Egilsstaðir WAY off in the distance.. and the road to got to this town was not straight, but had extensive switchbacks which more than tripled the actual distance.

Walking downhill was not much easier as by this time I had really been sweating and I was chaffing in places where you don’t want to chaff. But I just kept walking, walking, walking.

I was able to remind myself of all of the off noises I make when I am on long, painful, uphill routes. I am reminded that I have short episodes of turrets as I start telling the animate and inanimate objects around me to ‘go f*ck off’ and I am reminded of just how badly my feet and legs can hurt just from taking the first little stroll of the summer.

By the time I finally arrived in town I had a look of desperation on my face, and people were more than helpful and kind in pointing me in the direction of the campground. Of course, the campground was on the complete opposite side of town and there was no lack of profanity to tell the universe how unfair this was.

Just to get down the street where the camping site was, I had to stop three times to sit, and then when I finally made it to the campground I dropped my bag and started shaking, I think this first day of trekking was a bit too much for my system, but I did get it done and now everything will be much easier.

The village I am in is semi-famous for having its own lake monster. I talked to the locals today and asked if it is related to the one in Scotland, and they said no. There is a whole legend of how and where this monster actually comes from. Maybe I’ll post that story later tonight.

I will stay an extra night here to recover from yesterday, and the people at this campground are especially helpful and knowledgeable about backpacking through the different areas of Iceland, so I will use this time to finalize the rest of my trip. What I do know is that my next stop will be Bakkagerði, which is said to be the home of the Elvish Kingdom in the hills there. The kind people of the campground here also have given me the name of a man to talk to who is quite the expert on the elves there. I CAN’T WAIT TO TALK TO HIM!! Full report coming soon! 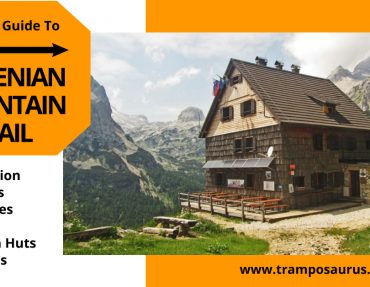 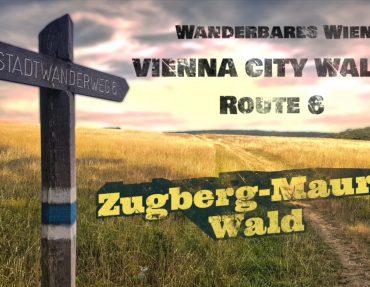 This is one of the longest of the Vienna City Walks at 12.5 kilometers. The trail crosses through a wide... 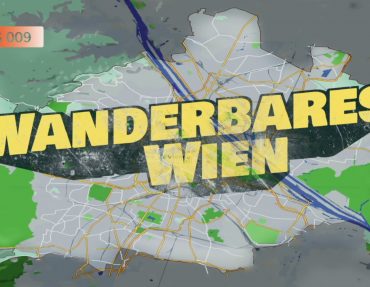 There is a series of amazing hiking trails, all within the city of Vienna.