Henk Schiffmacher http://www.henkschiffmacher.nl (AKA ‘Hanky Panky’), is a legend. Henk is a tattoo artist, painter, writer, collector, as well as a world traveler.

Henk Schiffmacher was never very interested in anything they tried to teach him at school. He came from a family of butchers, and originally wanted to become a painter. And he still does.
Henk spent many years traveling the world, collecting objects related to the history of tattooing. The numerous images on his own skin also bear testimony to his search for the origin of this centuries-old art.

Upon his return to Amsterdam, Henk Schiffmacher opened his tattoo shop; a phenomenon was born in the tattoo world. Henk continually changes the images of his tattoos and creates a new perspective on tattoos through the countless conventions he organizes. The resulting professionalization of this extraordinary profession means that tattoos are no longer just for rough types; Henk’s tattoos have become fashionable for a broad public. Henk has tattooed a host of international film and rock & roll stars including the Red Hot Chili Peppers, Pearl Jam, Kurt Cobain, Willy de Ville, and Herman Brood.

Tattooing has the status of an ancient craft for Henk Schiffmacher. A craft in which know-how is passed on in the traditional manner from the master to apprentices, who then become journeymen and masters themselves. The story is told that tattooers first practice on themselves and then on pieces of pork. That may be, but Henk Schiffmacher is not the kind of person of whom you would ask a question like that. He has not only beautified the bodies of other people, but he is also a walking work of art himself and has taken on Tycho Veldhoen as a partner in the business. His daughter Morrison also works in the studio.

Henk has written three successful books including his autobiography “Heet van de naald” and he produced a TV documentary about the origin of the tattoo that has been shown worldwide. For several years now he has also operated a unique museum dedicated to the art of the tattoo. During the early nineties, he felt the urge to paint, an activity that has taken up more and more of his time over the years. For Henk painting is an unprecedented luxury because he no longer needs to concern himself with others’ tastes. According to Henk the canvas offers other advantages: it doesn’t talk back, it doesn’t tremble and it doesn’t faint.

Nowadays Henk Schiffmacher is primarily a painter, designer, and writer. He also gives regular lectures and in his few leisure moments, he is an ambassador for Orange Babies, a Foundation that provides assistance to pregnant women and their babies in Africa, who are most at risk for infection with the HIV virus. But above all Henk is head over heels in love with his life partner and painting buddy Louise van Teylingen.

The French Way (Camino Francés) and the Routes of Northern Spain are the courses which are listed in the World...

What’s so great about Seward? Seward Alaska is considered the ‘gateway’ to the Kenai Fjords National Park. In Seward, the mountains and... 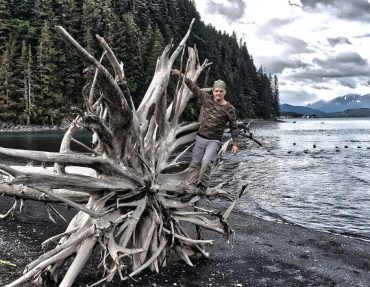 Cains Head Trail is an easy hike near Seward, Alaska that takes you along the beach to an abandoned military... 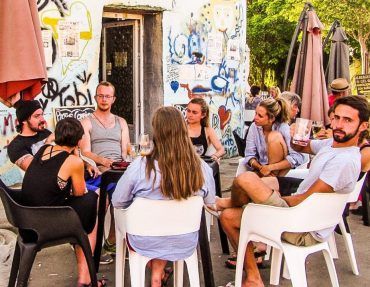 A new friendship is the best souvenir you can take home with you after your travels.