Cains Head Trail is an easy hike near Seward Alaska that is also a photographer’s dream. The first part of the hike along the west side of Resurrection Bay, offering fantastic scenery and many opportunities to see marine wildlife. Then enjoy a walk on old roadbed to World War II-era Fort McGilvray, which is abandoned, but open for you to explore. You’ll have great views from the fort’s 650-foot rocky cliffs, but the old fort and the remains of the artillery gun stations are the real treasures here.

This hike has just a little bit of everything Alaska: a forest stroll, beach rambling, old World War II ruins, spectacular views over the sea, and a pretty waterfall that lures and fast-moving tides that can leave you trapped if you’re not careful.

Getting to Cains Head Trail

Driving into Seward, continue straight through town on the New Seward Highway, which becomes Third Avenue. Turn right onto Railway Avenue, which travels south out of Seward and becomes Lowell Point Road. After 2 miles, take a left on Border Avenue as if you were heading to Millers Landing, then turn right onto Pinnacle View Road and watch for signs directing you to the upper trailhead.

From the upper trailhead, set out on the obvious gravel road. Make sure that you respect the posted private property on both sides of the road.

A pleasant picnicking/day hiking destination in its own right, and it’s also the start of the beach walking for anyone going all the way to North Beach.

This is where timing matters: you can do the next part of the hike only during low tides of +3 feet or lower (+2 feet or lower during the winter), and should leave Tonsina Point at least two hours before low tide. If you time it wrong, you may find yourself trapped against steep cliffs as fast-moving tides eat the beach out from under you. Also, keep in mind that the tides and wave action can be affected by the wind, and are especially variable during the winter: always apply common sense.

The beach is made of loose shale, and is sometimes strewn with extremely slippery kelp or, in late fall, unexpected rimes of ice. Carry light gloves to protect your hands from the rocks.

After reaching Fort McGilvray, you can’t hike back to the trailhead until the next low tide. Most people will either camp or hike one way and take a water taxi the other direction. Cell service on North Beach is sporadic at best, so make your water taxi plans beforehand, find a list of authorized water taxis at the Alaska Department of National Resources website. Most carriers will require a minimum of two or three passengers per trip, but during sunny summer weekends it’s not hard to combine with other parties.

Fort McGilvray was a United States military fortification located on Caines Head, a cliff 650 feet above Resurrection Bay south of Seward, Alaska. The United States Army established a series of defensive positions along the coast of the bay during World War II to defend Seward against a possible Japanese invasion. The bay was a strategically important location, as it remained ice-free throughout the year, and Seward served as the southern terminus of the Alaska Railroad, an important route for transporting civilian and military supplies throughout the territory.

Defense of the bay prior to the war consisted of four mobile 155-mm guns. The earliest constructions at Caines Head and South Beach along the bay were started on July 31, 1941. With the U.S. entry in the war, permanent mounts for the guns were constructed at Rocky Point, south of the site of Fort McGilvray. Plans were approved for three new batteries, two 6-inch batteries, one 90-mm gun, and numerous fire control and searchlight positions. Construction was hindered by the difficult terrain and winter season. By the end of 1943, the battery at Lowell Point just south of Seward was completed and manned by troops. Located near the fort at South Beach were utility buildings and barracks to house the 500 soldiers that supported the area’s defenses.

In March 1943, the installations atop Caines Head were named McGilvray after an Army officer who commanded Fort Kenay to the north in 1869. American and Canadian forces reclaimed Attu and Kiska islands in the Aleutian Islands Campaign between May and August 1943. The Alaskan Department ordered the installations dismantled in March 1944. Many of the constructions were not yet fully completed. The guns were disassembled and shipped to locations in South Dakota and San Diego and the buildings were abandoned

In 1971, the Alaska Division of Parks was established to control recreational land. The Caines Head State Recreation Area was established with 1800 acres. In 1974 it was expanded by an additional 4000 acres. The first work in clearing the abandoned military roads began in 1984. When workers reached the fort’s site at the top of Caines Head they discovered the concrete buildings well-intact, with functioning doors and windows. Military and engineering experts consider it one of the most well-preserved sites in Alaska.

The pilings at the beach are the remnants of a World War II-era military dock that survived the 1964 Good Friday Earthquake and the resulting tsunami but was eventually destroyed by wave action. You’ll also find a bear-proof locker hidden in the trees (look fore reflective sign on the trunk of the biggest spruce, in about the middle of the beach), a seasonally staffed ranger station, a shallow creek for fresh water, the trailhead for hike to Fort McGilvray, and an outhouse.

The French Way (Camino Francés) and the Routes of Northern Spain are the courses which are listed in the World... 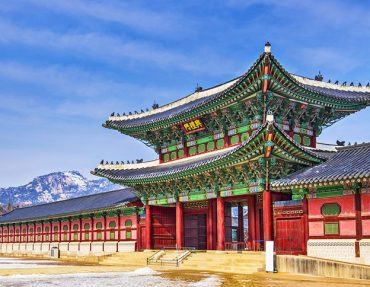 Sometimes you find romance on your travels. It often happens when you are not expecting it. Once upon a time,... 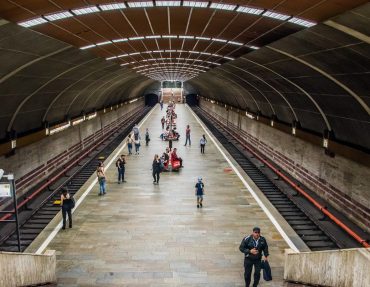 Sometimes when you are traveling you don't feel like you are connecting with the places you are visiting. Then something... 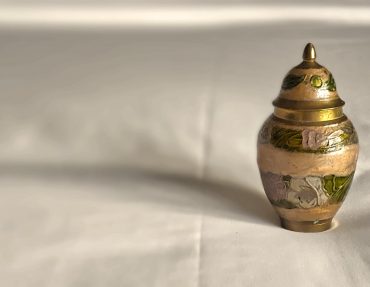 When you trek in remote locations around the world, people will be excited to meet you. Sometimes they give you...